In a small town, where indifference and alienation reign, a couple of kids are forced to do something unwanted, because they have lost hope to find understanding and support. 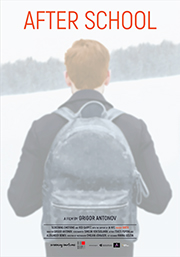